Showing posts from June, 2016
Show all

Are You Really Gluten-Sensitive? (Part 2): 3 Questions to ask Yourself (and Your Doctor) 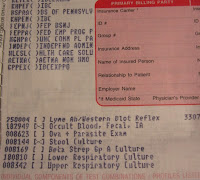 - June 05, 2016
People with Celiac Disease need to avoid gluten, but more and more people are choosing to avoid gluten. Some claim they have Non-Celiac Gluten Sensitivity (NCGS), while others claim that gluten is bad for everyone. In this post, I’ll explore Non-Celiac Gluten Sensitivity (NCGS). I’m also planning a post on avoiding gluten by choice, so keep an eye out.
Three Thoughts About on Gluten Sensitivity In the medical field, there are several theories regarding gluten sensitivity. There is no consensus yet as to whether or not it is a real condition separate from celiac disease.  After reviewing studies, I’ve identified three main ideas: 1.NCGS patients have Celiac Disease but were not tested for it or were not tested properly. 2.NCGS patients are not actually sensitive to gluten. Their symptoms are caused by other compounds in the food. 3.NCGS is a separate condition from Celiac Disease.
4 comments
Read more
More posts

The information provided in this blog is not intended to replace individualized medical advice provided by a doctor, dietitian, or other healthcare professional.
Disclosure: As an Amazon Associate, I earn from qualifying purchases.