Showing posts from May, 2018
Show all

For the final Mental Health Month post, I tackle aluminum... Does eating products in aluminum cans cause dementia? Maybe.  There are studies that suggest people with Alzheimer’s dementia have higher amounts of aluminum in their brain cells and in the blood vessels near the brain. However, this aluminum may not come have come from canned foods and drinks….
Read more 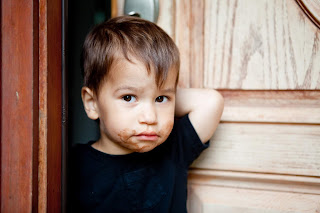 This month is Mental Health Month and I’m answering questions about foods’ effect on mental health. One common question I get, especially from women, is, “Does chocolate actually help me feel better?” Yes! Researchers as IMDEA Food Institute in Spain and the University of Padova in Italy reviewed 17 studies in humans and determined that the polyphenols in chocolate, tea, and coffee help protect the brain from depression and anxiety.
Read more 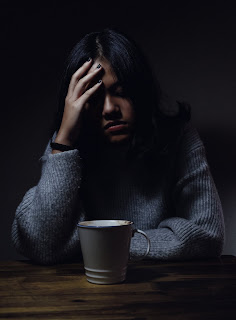 May is Mental Health Month and I’ve been getting questions about food’s effect on mental health, especially junk food.    One common question is , “ Do diet drinks affect the brain and cause depression?”   Yes.    In particular, the artificial sweetener aspartame , found in diet soda, is often blame d .   Aspartame has been studied for its potential effects on the nervous system, including mood . Unfortunately, two studies have found that drinking aspartame-containing beverages increased risk of depression and one study also worsened symptoms in those who already had diagnosed depression .     If aspartame causes depression, why do you say, "Everything in moderation?"   One single can of diet soda doesn't cause depression. One teaspoon of aspartame in your tea or coffee doesn't cause your existing depression to worsen.  Even one can of soda a day in addition to one teaspoon of aspartame added to coffee or tea each day wo
Read more 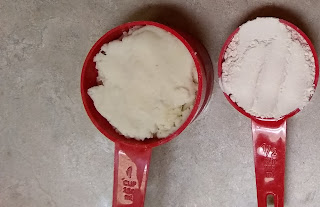 I haven’t shared an entrée recipe in a while. Sometimes I think about sharing one but worry that it detracts from the “junk food” aspect of the blog. Well, today’s dinner was deli cious junk food. Carbs or starches often get labelled as "junk." The star of tonight's meal was two carb-heavy ingredients: mashed potatoes and white flour.   Seriously. These two carbs come together to make a dish called gnocchi. Often, chefs will add egg, but I don't cook with eggs and my gnocchi turned out just fine. Here's what I did... I combined 1 cup of leftover mashed potatoes with ½ cup of white flour. I kneaded them together on a cutting board. (Any flat surface will do.) Then, I rolled the dough into a rope and cut it into segments. I was raised eating gnocchi without any fancy lines. If you want to make lines on it, like many stores sell it, you can roll the dough against the tines of a fork.   I brough
Read more
More posts